Antonio Quistian grew up in San Diego, California, surrounded by motorcycle enthusiasts. He was a healthy young man, who admittedly had never given much thought to those in wheelchairs.

“I’d seen one guy at school, but I didn’t talk to him much, I never asked him any questions about his injury,” recalls Antonio. “I was blind to the fact.”

A single accident changed his life. Antonio was doing what he loved, popping a wheelie on his motorcycle, when a car merged into his lane and caused him to hit the middle divider. Partially paralyzed, Antonio joined the 1.2 million people in the United States affected by spinal cord injuries. He’s been confined to a wheelchair ever since.

That was nine years ago.

“I didn’t believe—when I was paralyzed—that I could live like that. I wanted to give up, and then in time I realized that this is my situation, I have to come out of it.”

Since then, Antonio has fought back against his injury. Moving forward with a renewed sense of appreciation for life and optimism for the future, he now spends his time supporting the sense of community among those confined to wheelchairs. Whether it is making clothing specifically designed for those in a wheelchair or producing a film to raise awareness of adaptive sports, Antonio wants to support others as much as he can. 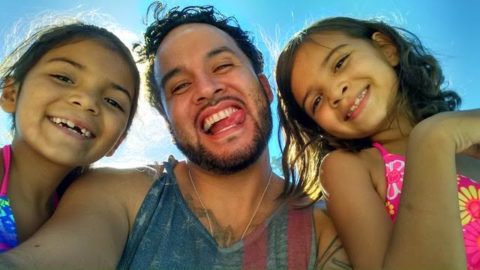 “My overall mission is to get people to believe that their abilities are endless regardless of the disabilities or physical and mental challenges they face, that they can keep a positive life. They’re still alive and there is a lot to live for.”

This drive to support others also led Antonio to become a patient advocate for Americans for Cures.

“I think there is a great possibility that the technology we have today can help some of these people. I wanted to get informed, as much as I could, so I could keep passing on the word and looking for a cure.”

There is always new information for Antonio to learn and more hope to spread. Thanks to funding made possible by Proposition 71, there are currently multiple clinical trials focused on treating spinal cord injuries. One such trial, run by Asterias Biotherapeutics, uses embryonic stem cells to make a specialized support cell for nerves. The trial is testing whether these support cells can repair or restore function to the damaged nerves when they are transferred into the damaged area of the spinal cord. Several patients so far have seen some recovery of hand and arm function.

Antonio believes in the work being done and will continue to support the science, the researchers, and the community of spinal cord injury patients that he believes in so deeply.

“Every day they find something new. Every day we make improvements.”