Many would have been overcome by anger or grief when faced with France Saldaña’s suffering.

Years ago, Frances’ husband, Hector, was diagnosed with Huntington’s Disease, an inherited, fatal degenerative brain disease that affects movement, cognition, and behavior. At the age of 42, his symptoms had become severe. One day, he got confused and walked into traffic; he was hit by a car, killing him.

A few years after Hector’s death, the three children began to show the first symptoms of the disease. Then, in a devastating series of events, Frances first lost her youngest daughter, Marie, to the dreaded disease in 2009 and then her second daughter, Margie, in 2014, and then, in 2017, she lost her third child, Michael.

Her grandchildren have a 50% chance of inheriting the cruel disease. 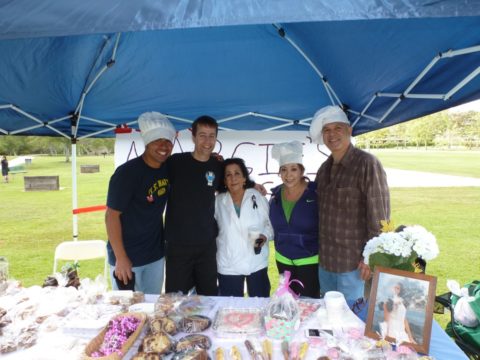 But Frances wasn’t overcome by this 30-year fight. She didn’t give up hope. Instead, she’s refocused her pain to help others.

Finally, she became a Patient Ambassador for Americans for Cures, fighting on behalf of all Huntington’s Disease patients and families for a cure.

“I’m fighting for my grandchildren and all the other families I’ve gotten to know so well from all my time fighting this thing,” she said. “The fight is not over until we have a treatment!”

It’s people like Frances whose strength and optimism create a better world. Frances is constantly fighting for a better future—a future without Huntington’s disease—while also living in the present and helping those currently impacted by the disease.