She Lost Her Sight, But Not Her Vision For Life

Kristin Macdonald had a dream. She was on her way to Hollywood, pursuing her vision of becoming an actress and a television host.

But she started having strange physical accidents, especially at night. After breaking her arm for the second time, she realized she wasn’t just clumsy—she was having trouble seeing. A diagnosis later, she finally had the answer. Her eyesight was slowly degenerating from a condition called Retinitis Pigmentosa (RP), a rare, incurable form of blindness.

“I think the fear of someone telling you that you’re going to go into the dark when you’ve always lived your life in the light can be overwhelming at times. I used to go to the mall and sometimes a door to a store would be gone or an elevator that I used to see is gone. What I did to deal with these fears and changes was to become as proactive as possible.”

“The fear of someone telling you that you’re going to go into the dark when you’ve always lived your life in the light can be overwhelming.” 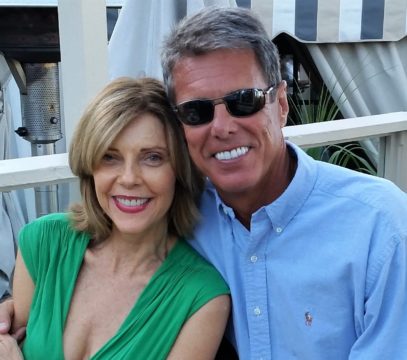 After years of learning to live with her “new vision” on life, Kristin was enrolled into a stem cell clinical trial at UC Irvine, led by Dr. Henry Klassen. The trial uses stem cells to help restore vision. While the trial is currently testing patient safety, early signs are positive, and the small dose that Kristin received has her seeing light for the first time in a decade.

“Over a period of about eight months, I had gradual improvement in light perception. Then I leveled off, but now there is no question that I’m photosensitive. When I go out, I use my sunglasses, and I see a whole lot more light.”

“When I go out, I use my sunglasses, and I see a whole lot more light.”

It is hoped in the coming years scientists will be able to expand the trial with the hope of finding a long term treatment for RP. This clinical trial was made possible by funding from Proposition 71, California’s $3 billion investment in stem cell research. 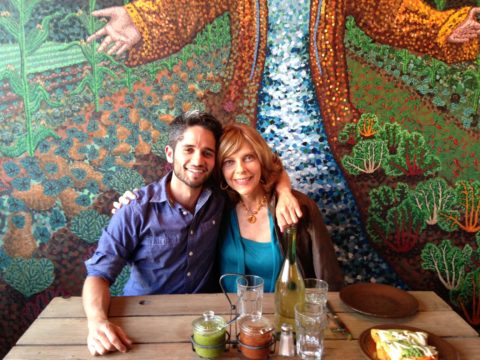 Kristin MacDonald with her nephew Chris

Despite the odds, Kristin went on to work with some of the top people in Hollywood as an associate producer and production coordinator on numerous television shows. While now legally blind, Kristin refers to herself as “partially sighted,” and says that although her eyesight is poor, her vision is perfect.

“I may in this lifetime get actual vision again, a real second vision. But in the meantime, I’ve been working on my higher self. I know I can lead a joyful life either way. But trust me, having a cure for RP would be the icing on the cake for me.”