The Man Speaks From Experience

A long-time medical technologist and former faculty member at UCSF, Bill Remak has his fair share of experience with the medical research industry. He has also battled chronic Hepatitis C (HCV), survived two liver transplants and a bout with cancer, and now is a Type 2 diabetic. In short, Bill is well acquainted with the patient side of healthcare and how to navigate a broken health system—all of which led him to become a powerful voice for patients.

We spoke to Bill to learn more about his experiences in patient advocacy, to ask his opinion about the impact of Proposition 71 on medical research in California, and to hear his advice for other patient advocates. 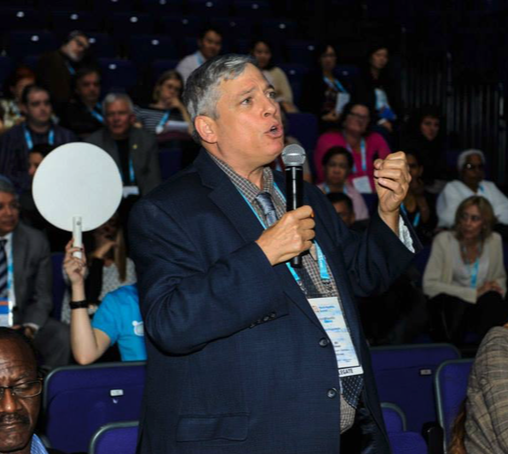 What initially brought you into the advocacy world?

I was working as a medical technologist at UCSF. I was also involved with some scientific projects, as well as some risk management with infectious diseases. At the time, I had a chronic disease which seemed to be flaring up as I got older. I became more symptomatic, and over time, decided that I needed to be a voice for consumers and patients—but also a voice to the medical community where I was working.

I had a liver condition, so I became involved with the American Liver Foundation in the early 1990s to further public awareness for related liver diseases. I knew we needed to be leaders in supporting research because the best way to address the challenges of coping with these diseases was to make the point that scientific research must be first and foremost to raise the bar for better treatments. As patients, we were seeing our peers suffering from awful conditions and dying every day. If people were to survive and healthcare were to thrive, we were going to have to make some advances and discover cures—and that was our goal.

There were some major breakthroughs with stem cell research and other discoveries that showed a lot of promise, and that was very, very exciting as we entered the advocacy world.

How did you support the research side?

Research is a time-consuming process. Scientists don’t make discoveries overnight, so we decided to focus on supporting research in any way that we could. While we were advocating for research, we understood that we were working within a broken healthcare system that contained inherent challenges in allowing future medical breakthroughs to reach more people. We wanted to fix the system so that these discoveries could actually reach those who needed them most. We were alarmed that people like us with viral hepatitis were suffering and dying in devastating numbers.

What about the Proposition 71 campaign in 2004 made you want to get involved?

Around that time, we needed some sort of policy solution that would create a sustainable approach to getting things done on the research side. It was beyond what any one person or celebrity could do. It needed to be something the people got behind and became involved with. There was a lot of thought put into what it would be, how it would be presented, and how it would be financed.

From a business point of the view, the mechanism of Prop 71 was planned as a win-win for everybody. The potential risk of either success or failure was carefully weighed and that made people more secure. And the hope—of decreasing the suffering from or curing a chronic disease—was incredible. Nobody had ever been offered that choice.

What about stem cell research gets you excited?

In your opinion, what is the benefit of an agency like the California Institute for Regenerative Medicine (CIRM)?

Can you describe your experiences as a patient advocate? What’s challenging about the work? What’s rewarding?

I run several nonprofit organizations: a few that I advise, and a couple for which I serve on the board of directors. All the different roles and activities I’ve gotten involved in range from advocating for research, mental health, human rights in health care, and patient rights, all while advocating for health reform. All these get us closer to where we need to be in finding cures and raising awareness for chronic diseases.

My work involves advocating for legislation that makes it easier, at both a national and a state level, for patients to access more affordable quality care. I am also focused on reducing disparities and eliminating inequalities in healthcare. Each day presents a new educational process opportunity, whether it is keeping up with activities in the legislature or helping patients navigate the various health systems or ensuring they are on the path to having effective care.

However, working as a patient advocate is hard work with long hours. Although I’ve been free from Hep C for a few years now, I still need to look after myself and watch my daily routine—and if I’m going to be able to help others, I have to be diligent about my own care so I can continue my work. Ultimately, if you can look after yourself, you can look after others.

What advice can you give those who are just starting their journey in advocacy?

The first thing I tell people interested in becoming involved is to just talk to patients. Talk to patients who have the condition that you want to fight for. Ask them all the questions that come to mind: what is it like living with that condition, what are your hopes, what are your dreams, your desires? What are your expectations?

The one other thing I can say to someone seeking to become an advocate is this: knowledge is power. Once you have that power, the next biggest tool is your voice and your ability to communicate and educate. And if you don’t want to speak up, then use the pen—or your keyboard! The power of writing to lawmakers, of making your voice heard through the written word, is enormous—you can rally and motivate others online and offline, in newspapers and blogs. Truly, everyone has that ability to change our society for the better.